Q: Hi Tiago, welcome to Pellicola! Tell us something about your life and yourself.
I’m from Barcelona, I work as a graphic designer in a studio and in my free time I take pictures, I go skating or climbing with my friends and when the free times are longer I love to travel.

Q: Do you remember when and why your photographic journey began?
When I was about 18 years old I was quite addicted to Tumblr. I had a blog where I was accumulating everything that attracted me visually. I really liked a certain type of photos, with a characteristic texture and colour. I wanted to take the same photos and then I started to investigate and realize that most of them were with film. I took the film camera I had most at hand, an automatic from my parents (Olympus AZ230), and I started shooting reels and, little by little, I became addicted.

Q: You are the founder of Carrete Zine, a Spanish zine dedicated to analogue photography, how did this project begin?
It all started because there was a lack of analogue photo media/magazine in Spain. I saw a lot of them from outside, and there was a need for someone to support the scene here. Besides, I had been shooting in analogue and I was very motivated with the subject. I wanted to do something to help give visibility to people like me who were just starting out in this world. In thebeginning I only did an Instagram account where I shared photos of other people and I was planning to do some fanzine. But little by little it grew and together with a friend we decided to make something more serious, a magazine with a face and eyes. We got involved with a crowdfunding to raise the money needed to print it and thanks to the support of all the people who participated could be done.

Q: In a digital era, what is the meaning of analogue photography?
I think it’s another way of photographing, a much more meditative one. In my case, it helps me to appreciate more what I shoot. The fact that the cost of the film is much more expensive, makes me think a lot about whether what I see will be a good photo or not, and forces me to be very selective.

Q: You made a beautiful trip through the Pyrenean roads in a Vespa. Tell us about this old fashioned adventure.
I had wanted to take a motorcycle trip for a long time, but it was Arthur & Clement’s documentary “Long Live the Kings” that definitely encouraged me to do so. I fell in love with those shots in which the three bikers appeared on the Pyrenean roads and their endless curves. I was dying to do something similar but the only bike I had was a scooter, which I use every day to go to work. It was a challenge to make such a long trip with a 125cc bike, it barely reaches 90km/h and when it does, it starts to shake. The fuel tank is tiny, with just 4 litres. So when I thought about making the trip I was quite afraid that it would leave me stranded in the middle of the course. But I began to investigate and discovered that many other people had already made long trips on Vespas, even much longer than mine. So I embarked on the adventure.

Q: You’ve been to Iceland too. In other interviews we had with photographers who have been to Iceland they outline how being in this unique land created a unique connection to the person they travel with. As for what we read on your website it looks the same for you.
Of course, the feeling of loneliness and emptiness is very heavy. The fact of driving on roads in which you crossed at most with one or two cars a day and that depending on which areas there was no sign of life, make you connect more with the person who accompanies you. This is something that is very difficult to happen in big cities where the accumulation of so many people makes us become more reserved and individual persons.

Q: What keeps you inspired?
What inspires me the most is to see other people doing things they are passionate about because they motivate me to want to do mine. There is a quote that I like a lot and it explains it better. It’s “Inspire others to inspire themselves” from the skater Pontus Alv founder of Polar skate co.

Q: Who is your favourite analogue contemporary photographer?
Well, I don’t have a favourite photographer, but I recently fell in love with a special project. It’s called “Scrublands” by photographer Antonie Bruy and it’s about a series of individuals who live in the mountains, far from society.

Q: Do you have any upcoming project?
I’m working on a project with a friend about a trip we made to the Lofoten Islands in January last year and from which we brought a lot of photos and videos, and we’re thinking about making a documentary and an exhibition.

Q: Thanks Tiago for this interview. Would you suggest a film or an album to our readers?
Thank you for this opportunity! I would like to recommend a Spanish film that I saw recently in the cinema and which is completely recorded in 16mm film. It’s called “Entre dos aguas” by Isaki Lacuesta and the direction of photography is simply great. 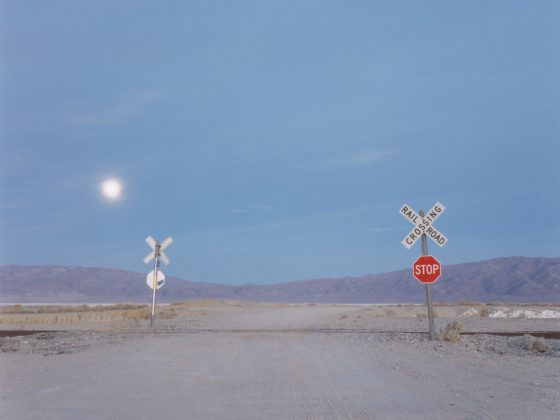