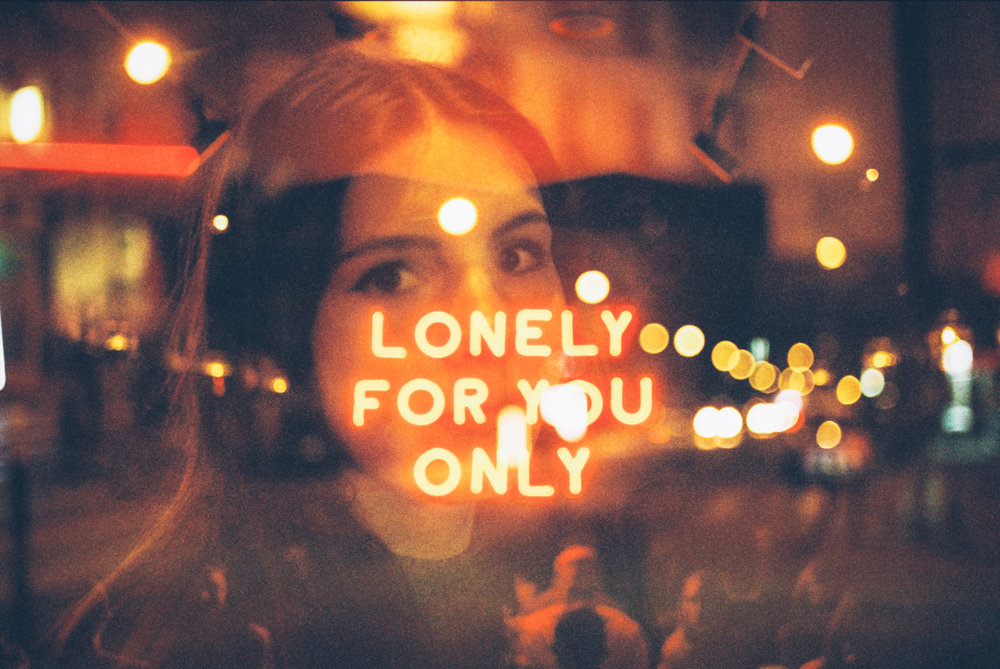 Q: Tell us something about your life and yourself
My name is Louis Dazy, I’m a French photographer based in Paris, I’m kind of well known for my multiple exposures. I shoot film and I love to travel.

Q: What do you think when you create your images? Do they always live up your expectations?
Not much actually, it’s just what happens in the moment, most of my photos are shot in the city at night, when I’m wandering around with my friends, it could be a cool neon sign, a nice lighting, a mood or anything really, if I feel like shooting it I’ll just shoot it without thinking twice, it just feels right at the moment.

Q: We believe that every artist shows a part of their own personality and character in his photographs. What do you want to show in yours?
Loneliness, melancholy and nostalgia. These are the strongest feelings inside of me.

Q: You’re breaking the stereotypes filling your pictures with multiple exposures, crossed colors films, saturated neon lights. Can you describe what got you into experimenting with these out of the ordinary techniques?
I started shooting with film, I thought it was an awesome medium because of the chemicals, the grain, everything you could do without seeing what it looks like instantly. So when you’ve got 36 exposures to shoot before getting the film developed you’re trying new stuff, my first double exposure was accidental, I was shooting a friend’s band at a gig, the result was so cool that I couldn’t stop shooting double exposure, all the time, on almost every frame of a roll, I was hooked, then I started trying new stuff with colors, different films, pushing, pulling and cross process, I love to play with film and see what comes out.

Q: Why do you still shoot film?
Aside from what I said previously it keeps me going in the moment, I just focus on shooting one good photo at a time, not reviewing the pics on the camera to see if I got any good shots.

Q: Do you have any upcoming projects?
For now I have some prints on sale on my website, I’m trying to focus on shooting different stuff lately, stepping out of my comfort zone is really important at the moment.

Q: Suggest to us a film, an album and a photographer
Film: Paris Texas
Album: Into the blue again by The Album Leaf
Photographer: Megan Doherty