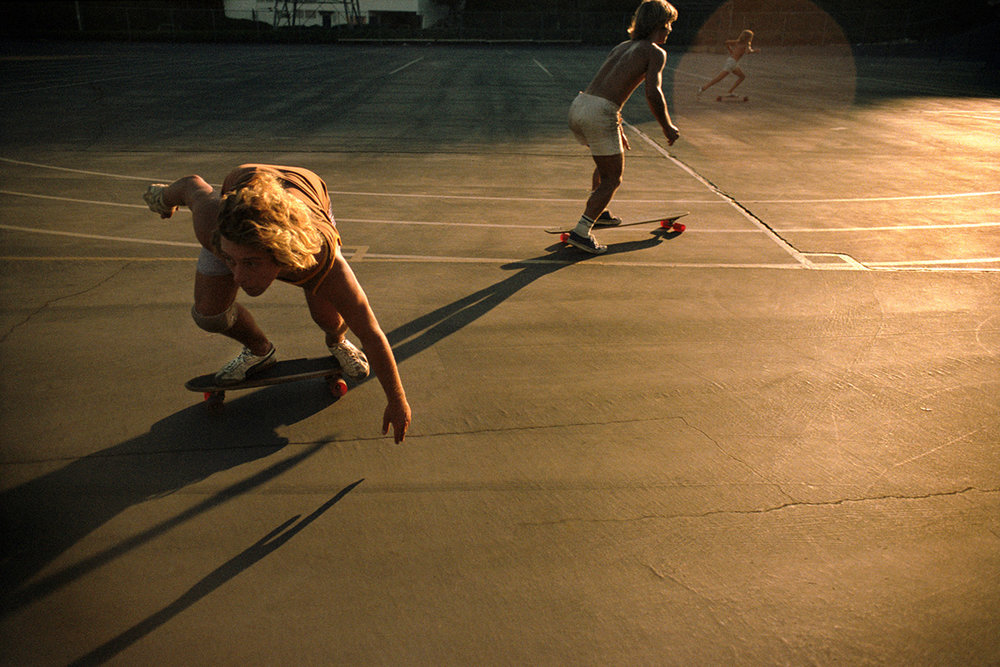 It was during the summer of 1975 when, while driving up Laurel Canyon toward Mulholland, Hugh Holland found out what his main photographic subject would have been for the next three years.
As the so called “Mini bowl” was placed under the ground level, a group of skaters seemed to fy with their golden hair while riding the banks of the drainage ditch, bobbing up and sinking back out of sight. They showed enthusiasm as soon as they saw the camera; there were few photographers around in those days, so he was immediately welcomed by the skaters.
We’re clearly talking about the Z-Boys, whose name comes from Zephyr surfboard shop in Santa Monica. Initially born as a surf team, in the morning they used to wait the highest waves to surf at the Cove, Pacifc Ocean Park, later abandoned and then nicknamed “Dogtown” by the locals, while skateboarding was just a hobby alternated to errancies and duties of the afternoon at the shop. It was “that shirtless, no socks, no shoes time” Holland was so interested in.
Carefree teenagers awakened by the risk throwing themselves along the infnite Californian roads, riding the concrete like they were riding a wave, touching lightly the pavement as it was the water wall. There’s more concrete in the world than good surf breaks, after all.
So ”Skateboarding was happening in many places, but not like in California” he affrms, “to me, it seemed like this was the center of everything.”
Sure enough, in March of the same year, the Del Mar Nationals skateboarding competition had been held, where the Z-Boys seduced the audience with their aggressive surf style and free spirited approach, upsetting the traditional skate establishment with tricks and moves never seen before. Furthermore, the drought that struck Southern California in 1976, together with the invention of the urethane wheels, which provided grip, transformed what was initially considered a hobby into a real exciting sport.
The scenery moved soon into the local empty swimming pools where vertical skating started spreading, and that Holland documented through almost-fsheye and ultra-wide lenses. “Right away I started loving the wide-angle lenses. Not only for the close-ups but also for wide shots. […] But the reason for getting in there in the frst place was to capture the drama—using the slight distortion to advantage—with the limbs fying out and the boards fying everywhere. The drama was outstanding”, he says.
In the earlier mid sixties, Holland had traveled moving west to discover California and then spending a year in Spain; once again in Los Angeles he had set up his own darkroom and used to shoot with a 35mm SRL East German Praktica a friend of him had let he try. As the skateboard era started he switched to a Canon, using recycled 35 mm movie flm from the RGB company, that used to sell rewinded movie flm remains packaged up into cassettes. They were low cost and gave the pictures a grainy and “retro” look thanks to a warm and soft quality.
Not only the equipment but his  chromatic taste changed too. “Many people have said that Los Angeles is great for color photography because of that certain golden glow you get from the haze and smog in the afternoon light”, he recounts; the black and white photography typical of his darkroom time is at last abandoned to make way for warm and pastel tones and gold lights.
However the more the skateboard movement grew and some of the Z-Boys became famous, like Jay Adams or Stacy Peralta, the more it became commercial. Companies bigger than Jeff Ho Surfboards and Zephyr Productions started offering huge amounts of money to the kids, pulling them apart. The spirit had changed and Holland gradually distanced from his subject. A free and unfazed spirit that however still persists in his work, that he loves more and more as time goes by. “I was in the right place in the right time […]. And it was the incredible energy and the beauty that was generated by the kids that drew me in.”, he says.
I can’t watch his pictures without hearing the sound of the wheels against the concrete, or feeling the heat of the day and my hands and arms dusty like after having touched the ground. The colors and the grain I talked about are what helps transmit this nostalgic feeling, but a warmth and a sense of familiarity too, as you can recognize the origins in the modern skateboarding of these days. 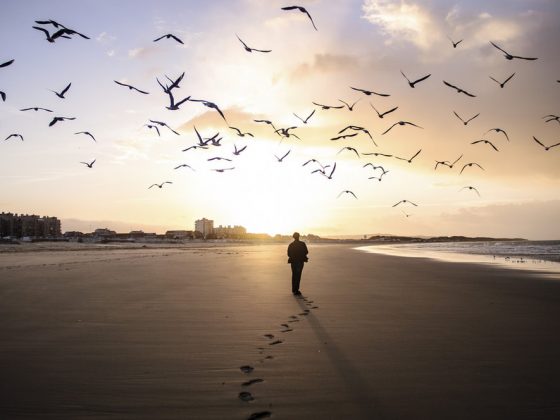 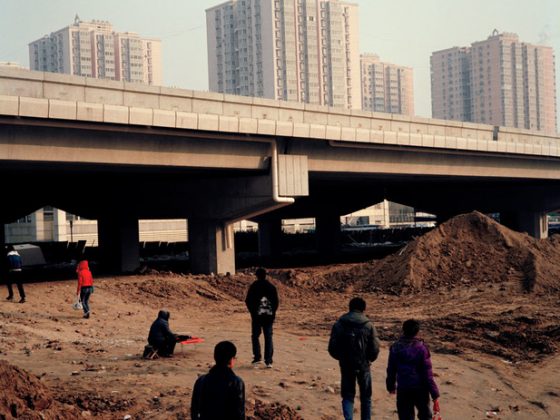