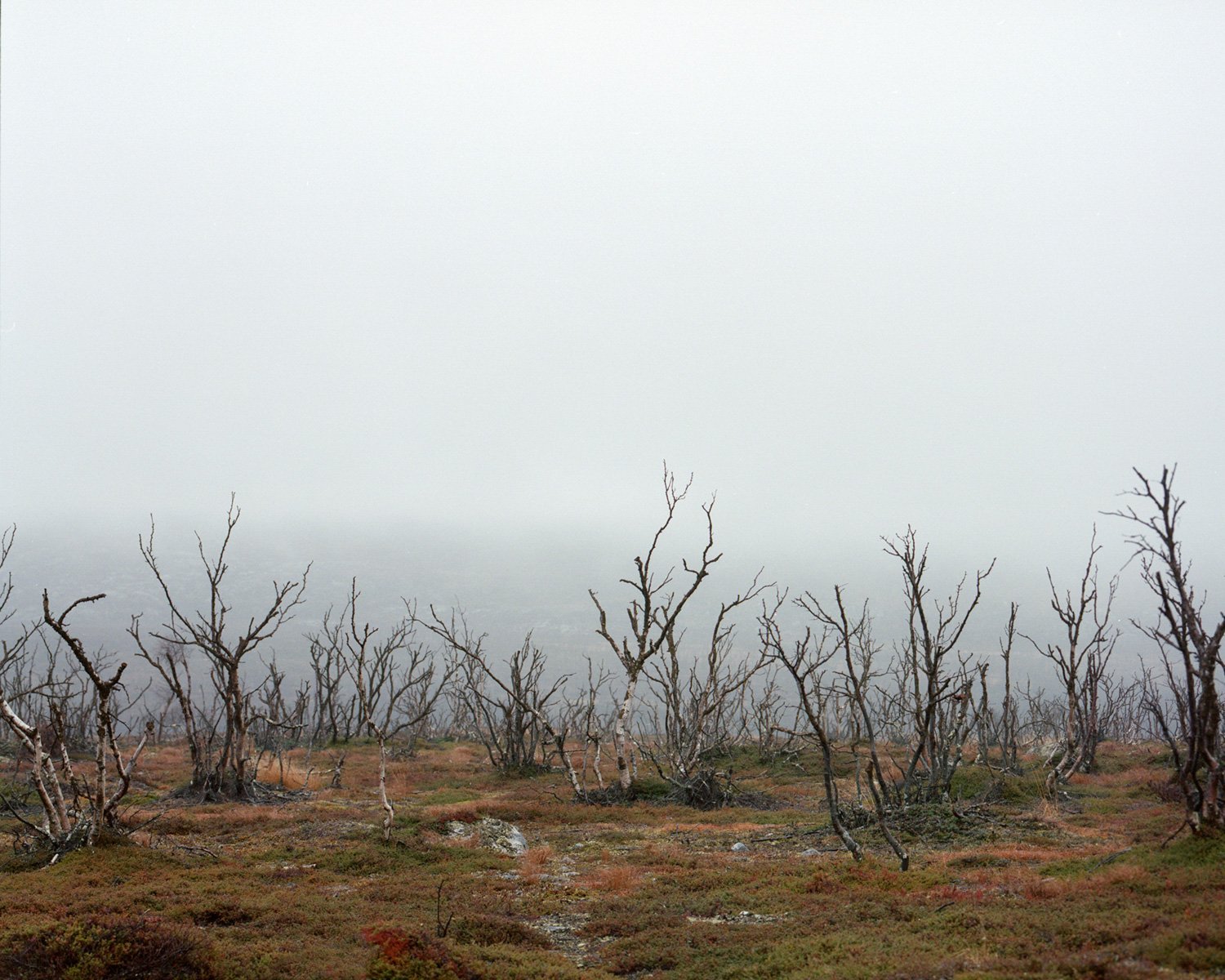 Gleb Simonov is a Russian poet who moved to New York riding on the wave of a dual creative journey: poetry and photography. As he clarified in our conversation, writing is his main concern, while photography is a recently acquired skill.

What is Gleb’s take on things? He pays homage to what surrounds him and, for this reason, he seeks to enter into relationship with the source of things. This is why many of his writings are based on encounters with the land. Taking this assumption as a point of departure, his writing produces a somewhat obscure, hermetic result. He begins a work on a specific theme, which can be clearly expressed in words. On the other hand, photography is more aleatory, because it gives rise to what it captures in an unpredictable way. So the connection of the photograph of a place with the reality of that place is implicit and more immediate.

Gleb perceives a close link between photographing landscape and landscape theory, and this is what gave birth to the Norwegian series This, Promised.

The Arctic series was shot while Gleb assisted Vika Adutova, an artist who was directing a film in the region. The filming took three months, and covered a seasonal change from late summer to early winter. During this period, they explored more than 500 km of roads through five different municipalities of Norway (Sør-Varanger, Vadsø, Vardø, Nesseby and Båtsfjord) and a bit of Finland. Among the unexpected events of the adventure, the sudden change in temperature between freezing and thawing was such that the Mamiya RB67 camera with which the artist was working was broken.

Reflecting on the idea of landscape in our visual culture, Gleb gives examples of just how well-defined and framed an area it is in the common imagination. But the tundra of This, Promised grows from a seed. It is a view that cannot be delineated or limited by a dichotomy that opposes the natural and the man-made universe. In the poet’s formulation this clear-cut way of seeing things always comes from an anthropocentric perspective. Rather, his connection with the tundra “immediately presented an unsolved problem of pathfinding and logistics that at least partially define the human experience of a place.”

He considers that this theory stands at the crossroads where most sciences meet.

Returning to Gleb’s creative process, he tells how his photography depends on his writing. The photographs are fragments that end up portraying the completeness of a place through sequences that call out for explanation. However, this need for explanation is not because something is lacking in anyway. Everything is perfect just as it is; things exist in their own way – the way they naturally occur. And the lyrical foundation of photography itself makes so much sense that there is no need for captions.

He calls this balancing act that unites and separates reality the “ethical dimension” of compositions. This reminds us of Schopenhauer’s Die Welt als Wille und Vorstellung. There is a geometric harmony between the architectural structures he photographs (fences, lamp posts, buildings, peaks, mooring ropes and boats) and the natural order of things (trees, bushes, stretches of water, rocks and mountains).

The coming together of such elements calls to mind their similarity to poetic structure and rhythm, but even more so to the essence of the places themselves.

Tom Sebastiano: A photographic narrator of the everyday unnoticed

Pietro Motisi: Confronting Bulls – in the arena and the labyrinth within