INNER MONGOLIA IS AN AUTONOMOUS REGION OF CHINA LIVING A TRANSITORY MOMENT. THE PHOTOGRAPHER ALESSANDRO ZANONI VISITED INNER MONGOLIA IN 2016 AND HE RECORDED IN HIS SHOTS THE MASSIVE AND ECONOMIC TRANSFORMATION PROCESS OF THIS REGION AND HE COLLECTED THEM IN THE BOOK “THE POST-WAR DREAM”.
HERE IT IS THE INTERVIEW.

Q: Hi Alessandro, welcome to Pellicola. Introduce yourself to our readers.
Thank you! I am a visual designer with some extreme passions: travelling, music, and sometimes cinema. And then there is photography. Also though I have always followed it, I approached it very late, only four years ago, on tiptoe and with great respect. I can’t define myself as a photographer, if others do it it’s okay, but I’m still very embarrassed to say so.

Q: You are running a crowdfunding campaign to publish the book The Post-War Dream. Tell us how the idea of the book came up and what we should expect from this book.
The book is the result of a six-week work carried out in Inner Mongolia, China. It is a detailed investigation on the strong development of the urban landscape in the cities of Hohhot, Baotou, and Ordos but, at the same time, it is a more general reflection on the transformation processes of the cities, during periods of significant changes. In my case, I wanted to create a visual parallelism between those places and the Italian urban suburbs portrayed in our cinema, in the years of post-war reconstruction and the economic boom of the sixties.

Q: You’ve visited Inner Mongolia with the eyes of a foreigner, how is life there?
In my experience, I have found amicable people, who sometimes helped me in identifying areas that were interesting for my work, and that generally have great optimism towards the future. I have therefore experienced in person what is the ‘Chinese dream,’ the idea of infinite growth that is objectively based on a general improvement of living conditions. The economic boom also brought a building boom, part of the attempt to get out of a mainly industrial economy (which was based on the extraction of raw materials) to get to a post-industrial economy focused more on services. The continuous construction of new neighborhoods and settlements has not produced, however, growth in the population density. And this is the reason why many of my shots portray areas that appear substantially uninhabited.

Q: Photography is freezing a moment in a frame. What you did is freezing a transitory historical process for that land. Yours are visual notes that document the massive and economic transformation. Were you aware of this when you took the first shot?
The material produced during my stay in the field is extensive, and the book collects only a small part of it. While I was shooting and collecting these visual memories, I was aware that just a year later those same places would be wholly transformed, completed or abandoned. Anyone who knows China and the far-east knows well what is the speed with which things happen. My photography therefore had no other intention than to set a moment of transition that will soon be impossible to remember. Exactly like today, we struggle to remember the streets of Italian cities that we see portrayed in the films of Pasolini as well as Antonioni’s, then the suburbs and today integral parts of our city.

Q: Did you have the chance to talk with someone who lives there, that helped you to understand better a remote place like Inner Mongolia and this specific transitory moment they are living?
Yes, I talked with many people in China, and in particular in this region. For them, transience is part of life itself, and culturally they are much less worried than us about changes. They see this era as a transition to something even more beautiful and luminous. Only a few decades ago their living conditions were worse from all points of view, while today most people have entered, or are about to do so, in a new, lower or middle-class state. Exactly how it happened to us during those boom years that I immediately decided to include in the project.

Q: Why did you choose the black and white?
Several reasons. The first is undoubtedly linked to the intense light that is found in those places during the end of the summer. Blue sky, shadows, and lights defined. Photographing mostly buildings I wanted to emphasize the geometry, the graphics and the power of the forms, removing distractions that inevitably would be added by the use of the color. The second reason is due to the desire to combine my shots with the places portrayed in that cinema shot in black and white.

Q: Black and white might misleading us to tell exactly what is the period the pictures are taken, and because of this, in your opinion is it possible to do an analogy between the pictures you took in China in 2016 and other periods of our recent history or with places way far from Inner Mongolia?
Absolutely. My intention was precisely that one: misleading, provoking a reflection and also an alienating effect. I thought for a long time if it were appropriate to insert the captions under the images taken from the films. In the end, I decided to put them, but if I had not done so, I can assure you that no one (excluding skilled cinephiles) would have been able to say where and when those images had been collected.

Q: It is surprising how something new should be look like something vital, however the cities you depict are like ghost towns, they made me think of some Italian cities destroyed after an earthquake. Moreover, the few people present in your pictures are staged as mannequins. What is the reality of facts?
Those places are new, but many of them are incomplete, sites that have stopped or have been abandoned due to wrong investments or failures. In some apartments, people already live, but in other places, people still live in old houses (similar to those shacks that surrounded Rome and you can see for example in Accattone) waiting to enter in the new ones. In any case, the almost total absence of individuals in those areas dramatically accentuates a landscape that is metaphysical. And this consequently recalls a theatrical scenography, suspended and nearly unreal, within which the characters appear.

Q: Is there any social critics of the present geological era, The Anthropocene, in your work?
No, or at least it is not voluntary. The era we call Anthropocene is something that was born in the mid-nineteenth century, with the impact of human activities on the planet at the dawn of the industrial revolution. This enormous exploitation of natural resources, the violence with which we bend the landscape to our needs, does not only concern today’s China. In my photos perhaps emerges more strongly given the size of the interventions, but if you look back at those frames of the film, you will realize that it’s a process that comes from afar, an inevitable transition to modernity. I just record, I do not have the skills to express judgments, but I’m pleased if the photos provoke questions in the viewer.

Q: Thank you, Alessandro, for this interview. If our readers would like to buy your book or help you with the crowdfunding campaign, what should they do?
The first edition of the book is supported by a crowdfunding campaign on Indiegogo. Check it out here. The book will then be sold by the next Paris Photo, precisely at the Urbanautica booth into FotoFever. After this event, we carry on follow selling the book online and all the events and presentations in which I or Urbanautica will attend. 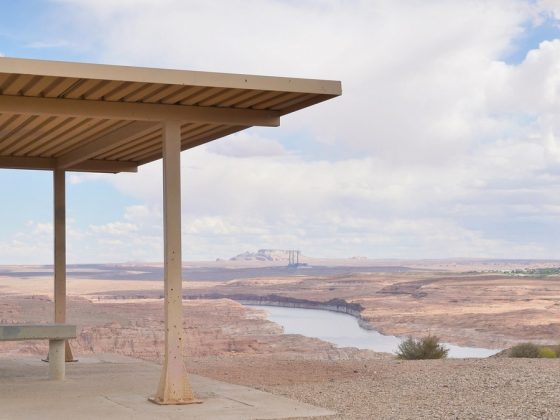